Everything You Need to Know About Dating German Men

So you’re crushing on a German guy, and you came to us for help. We don’t blame you one bit. We’ve done extensive research on the German dating culture, and we can confirm that German guys are some of the most trustworthy and attentive romantic partner’s in Europe.

Whether you are a German woman or a foreigner who’s got the hots for her cute Munich-based friend named Klaus, we are here to help you figure out your feelings and plot the best way to his big old Bavarian heart.

Remember: this is just a general guide to German dating habits, and not all men are the same. It is important you adapt to them on a personal level and don’t just take our word as gospel truth. Our advice is based on observation rather than cold, hard facts. That being said, you should still find some tidbits of useful information that can help you bag that dishy German.

Would you like to know more? Check out the rest of the article below!

Somebody Who Doesn’t Beat Around the Bush

German men are relatively straightforward (if a little shy); they tend not to associate with people who cannot ask a simple question or give a direct response. They value individuals who are not afraid to say what is on their mind without feeling judged and look for a safe space in which they can do the same. This is not an invitation to get too personal too quickly; make sure you’ve broken common ground and known each other a while before you start the heavy conversations.

Someone Who Is Happy to Split the Bill 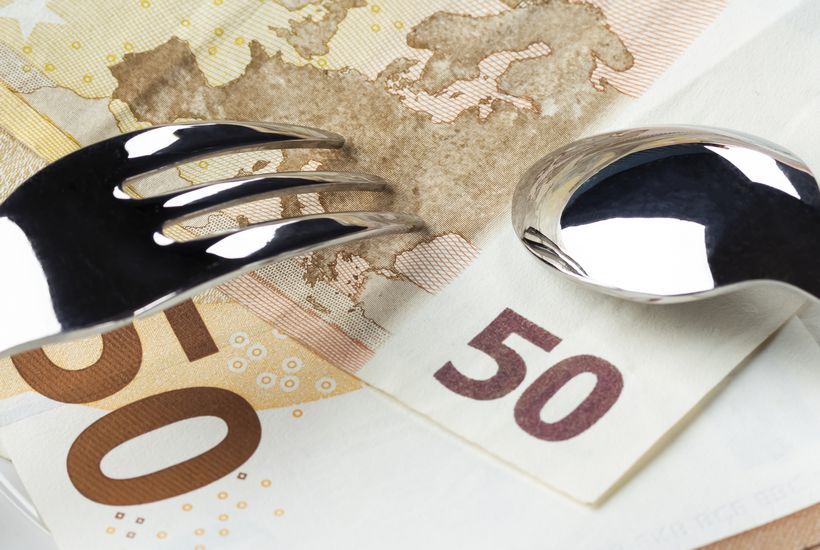 The gap between genders has certainly shrunk in Germany, more so than in many other European countries. Like Sweden, women are held in as equally high-esteem and this, strangely, translates to the dinner bill. German men are happy to pay the bill, but it will always be greatly appreciated (though never expected) if you offer to pay half. Try not to offer to pay the entire thing; this may do irreparable damage to their pride.

Somebody Who Understands the Value of Equality

As we have just mentioned, German are very big on equality, which extends further than your first date meal. If you end up in a long-term relationship, a German man would appreciate if you split rent evenly between you both (as is customary for German couples). They’ll also value you as your own independent person, which unfortunately means less chivalrous acts, but it also means a lot less sexism and cat-calling in the street from strangers.

Doesn’t this rule apply to pretty much every person in the world?

There are plenty of couples across the rest of Europe who tell each other little white lies every single day to spare the other person’s feelings. You’re probably guilty of doing it in your past relationships.

Have you ever told somebody their outfit looked great even though it looks hideous? Germans don’t believe in doing this – they much value hard truths as a sign of respect and politeness.

Somebody Who Refrains from Small-Talk

Germany is not a country which is known for small talk and stupid jokes. This sort of light conversation is considered mind-numbing to a German, potentially because of how busy they are as a society. In fact, that sort of conversation would go something like this:

“Don’t give a crap; let’s talk about Nietzsche!”

Germans prefer people who speak freely about politics or subjects in which you are both passionate, which is no bad thing when you’re trying to build a lasting connection with somebody.

The good thing about Germans is that they have the uncanny ability to see things from another person’s point of view. They look for similar qualities in potential partners. In fact, you’ll probably find yourself having very healthy and invigorating debates. A German will respect you more if you are not afraid to voice your opinion and speak your mind.

A German Would Prefer for You to Be Knowledgeable 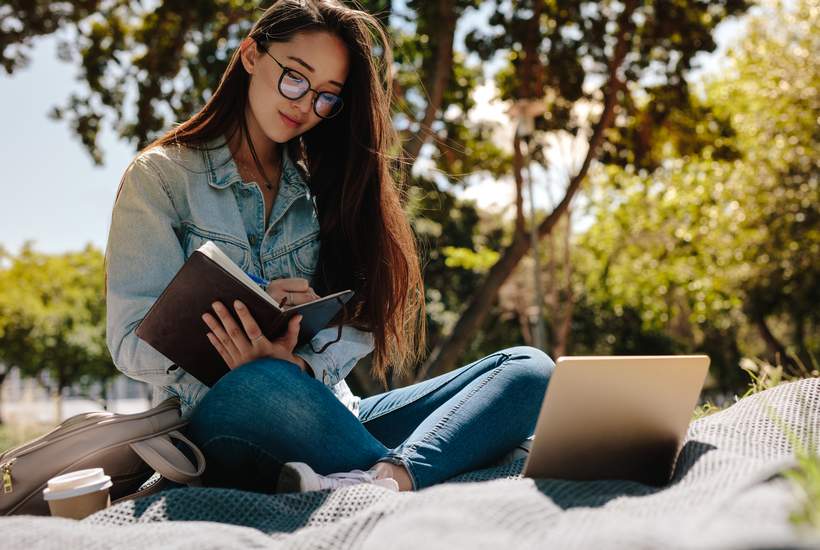 A recent survey proved that Germany was home to the most intellectual collection of people anywhere else in the world. Most men are highly-educated and enjoy stimulating conversations about current affairs. Think you’re up to task? Make sure you brush up on the latest headlines every day if you want to keep up with your potential partner. Expand your critical thinking ability, and you’ll have your pick of all those dashing German gents.

Obviously, They like Women Who Do Not Bring up the War

If you hadn’t already guessed, World War Two is still a sore subject for many Germans, and they would appreciate if you didn’t bring up that guy in front of them – even as a joke. By all means, they will tell you everything you want to know about German history, but the country has done well to move on from those atrocities. And who wants to think about those sort of things when you’re trying to get close to a loved one?

That’s not to say the Germans don’t have a sense of humor; they just don’t like tasteless jokes. You’ll find your German partner has a real funny bone when you break through their serious exterior.

What He Likes: How to Impress German Men in Relationships

A Woman Who Is Not Bothered by Potential Age Gaps

Unlike many other countries, Germany is full of people who do not see a considerable age gap as something which should make a relationship impossible. They much prefer a strong connection and value compatibility over a similarity in ages. If it does not bother you, it will not bother them, especially if you get on so well to begin with – that’s the most important thing in their eyes.

A Woman Who Knows How to Keep Time

If there’s one things Germans love, it’s studious time-keeping. If you’re the sort of person who is always running late for things, you’ll have to amend that quickly if you want to impress dear Klaus on your next trip to Bavaria. Germans will always arrive promptly. Failing to do so is seen as rude and ignorant. Punctuality, apparently, is the key to a German man’s heart.

Somebody Who Is Happy to Be Independent

Independent-living is just something most Germans have gotten very good at over the years. They expect the women they date to follow suit as well. This stems from their views on gender equality. Women are never seen as fragile little creatures, and they won’t see you as some maiden in need of defending. You should both have your own priorities as well as your commitments to each other.

Somebody Who Does Not Show Lots of Emotion Straight Away

Germans are very reluctant to get into a relationship too quickly. They prefer to ease into dating slowly and hold themselves back during the initial stages. In fact, many Germans would think twice about their decision to date you if you were too full-on in those first couple of months. Try not to get too emotional or show any extreme feelings until you are both comfortable in each other’s company.

Believe It or Not, They Like YOU to Make the First Move

If you haven’t already gathered, Germans are quite reserved and often come across as shy. This can make relationships difficult to get off the ground. If you want to impress Klaus, you’ll want to put out the feelers first and test the waters. If he is into you, he’ll really appreciate your effort and willingness to try something new.

Someone Who Doesn’t Flirt Much

If you’re the kind of woman who likes to offer passing compliments to handsome men, you’re probably better off with another guy. Germans don’t like flirty behavior all that much. They actually see it as something of a turn-off. If you want to get into their good books and make a good first impression, make sure they know you only have eyes for them. This starts with zero unnecessary flirting.

We hope we’ve given you all the tools you need to impress that cute German guy you’ve had your eye on for a while. Remember – the Germans are complicated creatures. But beneath that tough exterior is a wonderful and loving human being, with whom you would undoubtedly share many happy memories.

Have you got to experience dating German guys in the past? If so, what were they like? We would love to hear your opinion on German men and romance!

Until next time! Auf Wiedersehen, my friend! 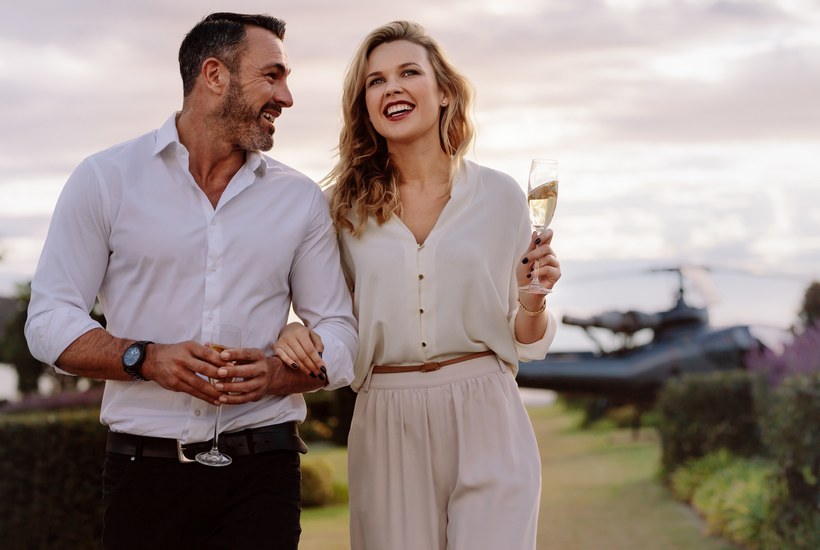 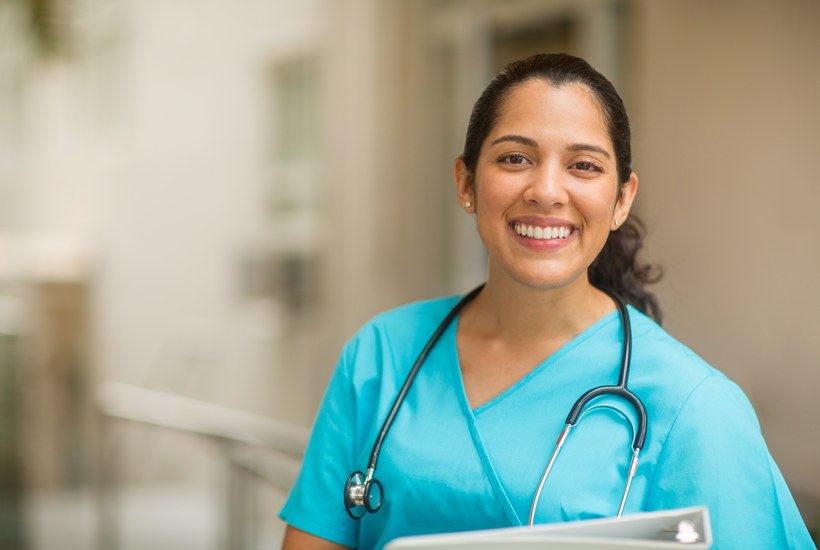 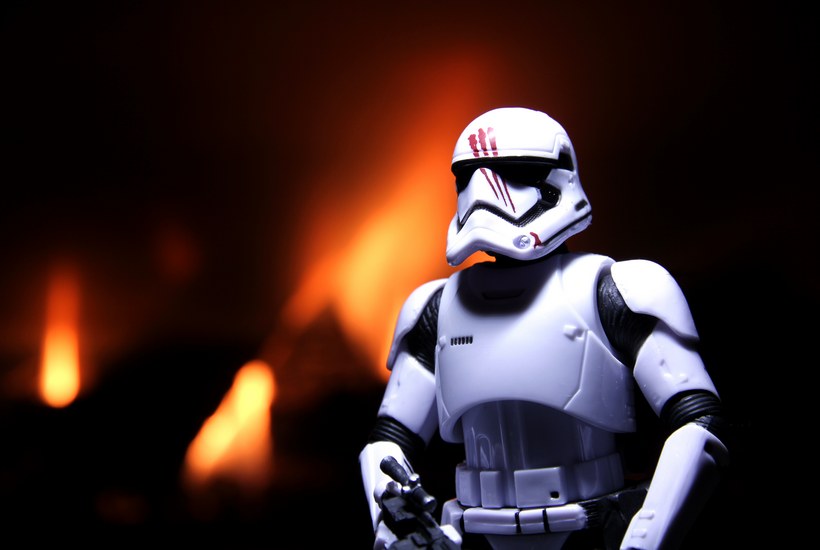