Star wars pick up lines to get his/her heart arrested

Meeting new people can sometimes be hard, and getting their attention might be like many tasks that you might fail to do if not properly carried out. Pick-up lines are very helpful when you find yourself in a situation that you don't know what word to employ to call the attention of that cute-looking guy or girl seated beside you in the cab or the cinema. These humorous words will make the person grin and have no option but to give in to your words romantically.

Using a pick-up line should not be done haphazardly because it might get you a hit on the face. A well-caved one used appropriately will get you going like you are on a roller coaster. Star war pick-up lines can adequately do the surprising job of meeting someone new to date for you. These pick-up lines are from the popular series science fiction movie "Star Wars." They are cute, funny, cheesy, and what have you, name it!

The most effective and cute star war picks up lines 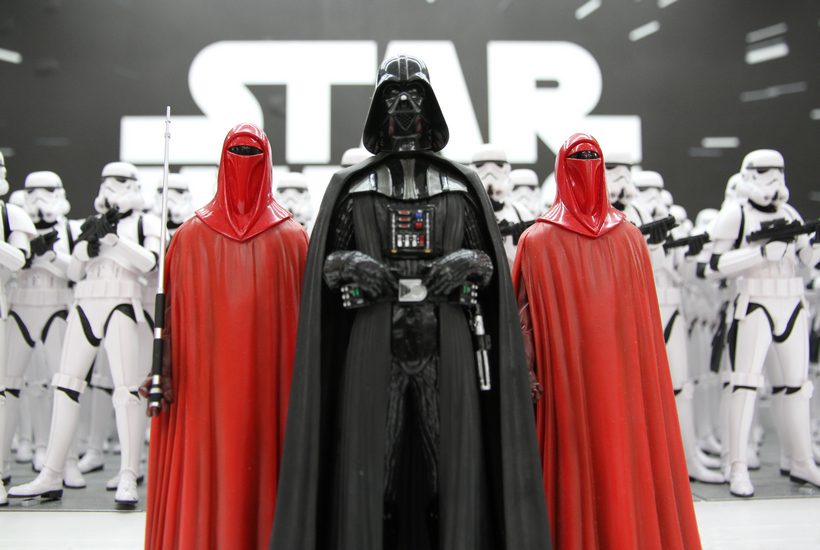 Head down with a boy or girl that has got lots of interest in Star Wars; what a sweet ride! Well, getting them is not hard. With some lines from the movies, you can get them smiling and get a connection together. Hey! Wait a moment before you use those cute Star Wars pick-up lines; you need to get these tips into that sharp, magnetic brain.

"You're as bright as lightsaber… I saw you beaming from the other side of the room."

"Did it hurt when you dropped from the cloud city?"

"Have you been seeking love in Alderaan places?"

"You stole my love like the rebels stole the Death Star plans."

"Well, aren't you just a rebel! You stole my heart when you walk through the door."

"How can you be from an ice realm when you're so Hoth?"

"I adore you to the Death Star and beyond."

"Date me or date not – there is no room for maybe."

"I must be pulled by the Force, ‘cuz Yoda only one for me."

"Are you related to Yoda? Because of Yoda-licious."

Baby Yoda one that I want."

"Take off your armor… No reason to be a stormtrooper around me."

"You can't be a real stormtrooper… This picture of you shot me right in the heart and didn't miss!"

"You're so beautiful. Do you want to be my Na-boo?"

"You are the droid I've been searching for."

"I love you so much that we should get matching Tatoonies."

"You're hotter than the flames on Mustafar."

"Can I see your garbage mashers on a detention scale?"

"I am here to rescue you. I've been told the cool sexual prowess of a Romulan."

"If I were a Jedi, will you be my strength?"

"Are you a Sith Lord? Because I am in love with you."

"I can't hold it in – I am trapped in the gravitational field of your eyes!" 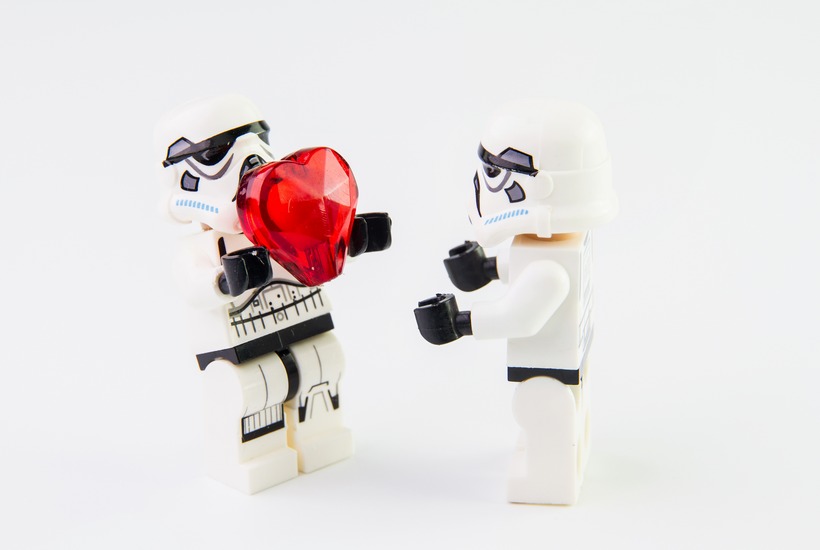 After you've gotten your way into that damsel or the cute dude with those cute pick-up lines, you don't have to leave it up dead there. If you do, all will be taken to be crammed words and can end up where you never want it to be. To avoid that, you have to get your conversation going with some funny pick-up lines that will get them cracking their ribs. With these Star Wars pick-up lines, they will fall in love smoothly for you cos everyone loves to be around someone funny and lively. These funny Star Wars pick-up lines on Yoda, han solo, Jedi will give you an astounding impression before that your Star wars mate.


"Why did series four, five, and six come out prior to one, two, and three?

In charge of directing was Yoda."

"What is a Jedi's dream toy?

"Why is Yoda such a great gardener?

He owns a green thumb."

"What kind of automotive does a Jedi drive?


"Why can't you count on Yoda to take up the tab?

Because he's always a bit short."

"What did Yoda tell Anakin on his wedding day? 'May divorce be with you.'"

It came after his second word."


"Why was Yoda scared of seven?


"Did you know Yoda had a surname?


"What kind of automotive does Master Yoda ride?


"Yoda's been following his family tree.

"How can you know if a sheep has met Yoda?


"Why was Yoda terrible at geometry?

For him, there are no triangles, only do-or-do-not-angles."


"What did Yoda say after a boy turned away when he tried to order a pie from his bakery?


"What do you say when a single Star Wars character gives you applause?


"What did Han Solo reply to the waiter who recommended the haddock?

'Never sell me the codes.'"

"What was Luke's secret codename prior to when he got his mechanical limb?

"Han Solo's name changed when he tied the knot with Leia. What did he move it to?

"What is Han Solo's favorite rapper?


Other pick up lines that are funny from Star wars


"What do you refer to a five Siths piled on top of a lightsaber?


"What does a Star Destroyer put on to a wedding?

"Why did Jabba win the pizza contest?

Because no one out pizzas the Hutt."

"What made droid angry?

The Umpire Strikes Back."

"What do Jedis order at Chinese restaurants?

"How long has Anakin Skywalker been evil?

Since the Sith Grade."


Best star war pick up lines you can make use of

Here are other amazing collections of the best Star Wars pick-up lines, both funny and aesthetic ones you can use in getting your date with any lover of Star Wars.

"I have been told that my Jedi tricks will blow your mind."

"The power to bring down a planet is insignificant compared to the power of our passion."

"Not a Dagobah that I don't remember you."

"What do you need to reroute droids?

This wouldn't be any better if I programmed the holodeck myself!"

"Looks like you've got your blaster position to stun — 'cause you're stunning!"

"I may have a striking resemblance to an Ewok, but I'm all Wookie where it counts, baby."

"This is not the droid you're looking for. Move along ... move along."

"I may not be able to experience the Force, but I wish I could feel you."

"I could use up a millennium in your falcon."

"I hope you're into cyborg-human dating because I'm feeling like a machine at this point."

"I know what you're imagining: That's no moon, that's a space station!"

"It's freezing outside. Let us play Empire Strikes Back. Be a Tauntaun, and I'll get within you."

"Wouldn't you like to feel the force running within you?"

"I have a laser sword that could go through your body, but it wouldn't kill you; it would heal you."

"I completed the Kessel Run in less than 12 parsecs, but I'm gonna take it slow with you."

"Do you understand the binary words of moisture vaporators? Because I'd like to program your binary load lifter."

"When I saw you across the packed cantina, my crotch felt like it went through an instant carbon freeze chamber."

"I know you've heard about my horrible motivator, but I give a mean back rub!"

"Not only can I beam you aboard, but I can also beam you a woody."

"Tell me of this thing you earthlings call love."

"They made a new shade of lightsaber called flesh…wanna see?"

"How do Tusken Raiders escape their taxes?

They always single file to cover their numbers."

"Yoda looks at Darth Vader and asks, 'Rule the galaxy, you do. But at what cost?!'

Vader thinks for a moment and replies, 'It was expensive… It cost an arm and a leg.'

After a short pause, Vader says, 'Two legs in fact.'"

"What did Darth Vader reply when the record shop employee told him they were sold out of George Michael's albums?

'I find your lack of 'Faith' disturbing.'"

Ever since the release of the science fiction Star Wars movie series, lovers of the movies and fans of different characters have used the conversation between them as pick-up lines. The words serve as a pick-up line to romantic affairs, jokes to get other people's attention, or initiate conversation in a gathering for a lively moment and get together. The Star Wars pick-up lines shouldn't be used out of context.

There must a semantic flow in your conversation and the pick-up lines to use. That is why it's adequate you get used to them and become versatile with them. Tell your feelings and get the crush of your dreams with the right star wars words that are both cheezy, funny, loving, and romantic. Bring your crush to the star wars world or share the star wars world with a fan. 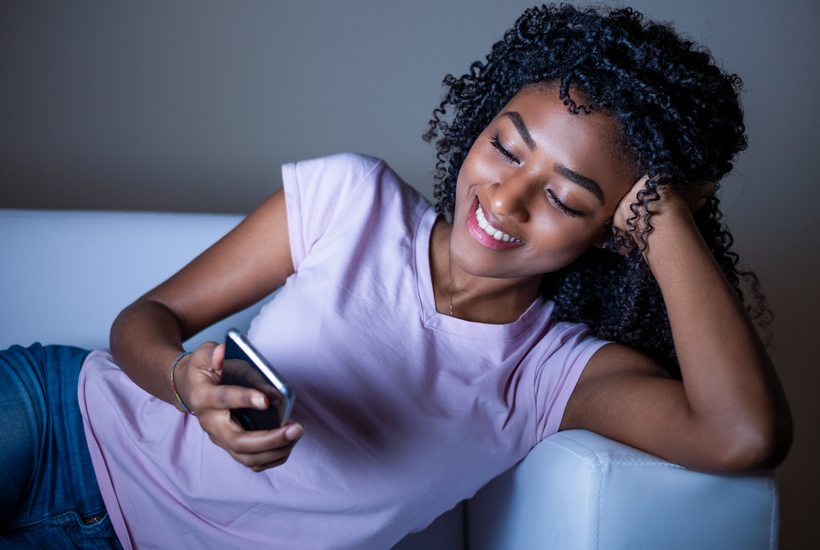 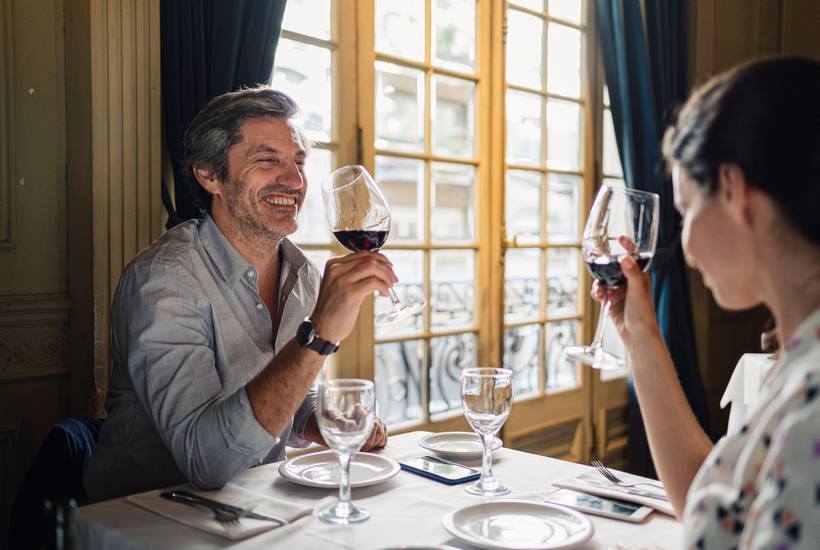 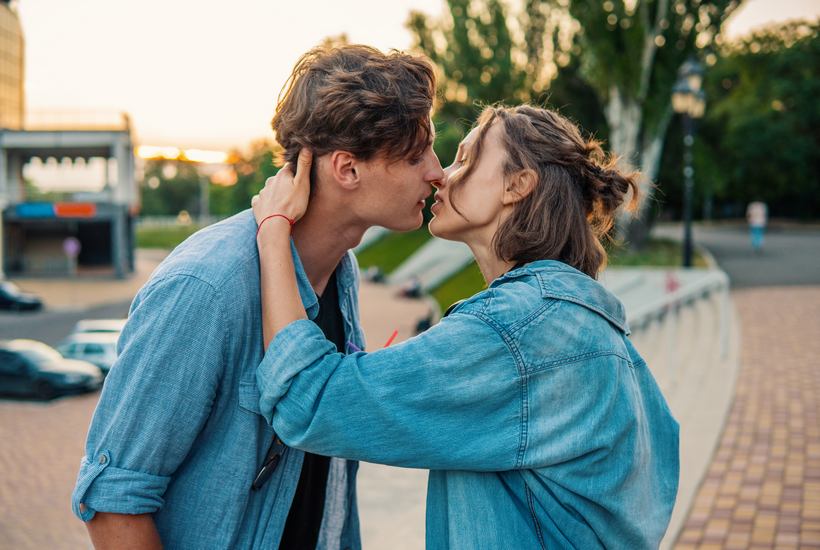 10 Bases in a Relationship