Subtle signs he likes you more than a friend

Relations between men and women are complex and sometimes can stay ambiguous for a long time, causing anxiety and tension. Women, in particular, are often worried that guys they see strictly as friends might want to pursue them romantically and potentially cause a fuss when they are refused. At the same time, many girls are wondering, ‘does my guy friend likes me more than a friend’ while they are secretly hoping this might be true. One way or another, it’s a great advantage for a girl to deduce early in the interaction with a guy whether he wants just a normal friendship or something more than that. Having this information when the relationship is still taking shape allows the woman to consciously take it in one direction or another while navigating the emotional rollercoaster very carefully and above all safely. There is no need to try to be a friend to someone who can never be satisfied with that status or flirting with a boy who simply isn’t interested. By studying the signs a guy wants to be friends or lovers, you can jump ahead of schedule and be ready for the moment when he finally finds the courage to tell you the full truth. 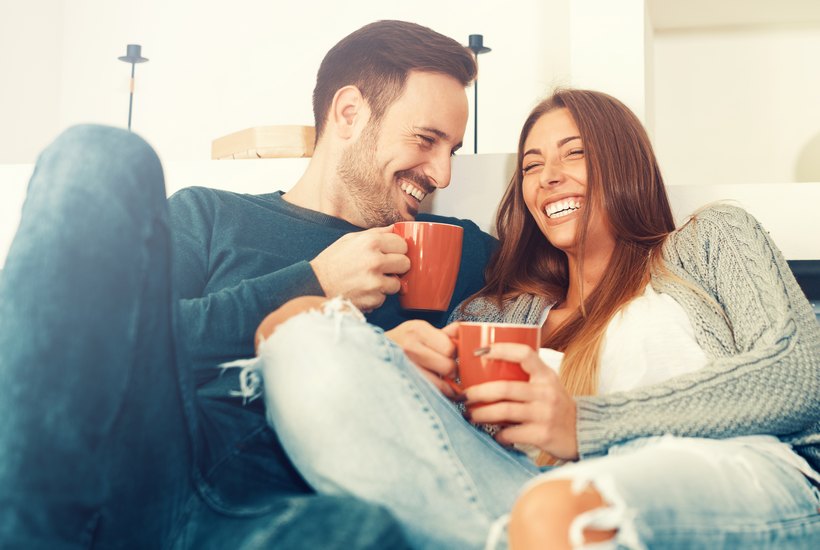 Every individual thinks and acts differently, yet we all display similar behavior patterns when we are attracted to a person. If you understand those patterns, you know how to tell if a guy friend is into you. This is not to say that any of those signs is a 100% sure indicator of romantic interest, but more often than not, they provide you with solid grounds for conclusions. Starting from those well-known signs can give you some arguments to consider, and you can always expand your view as you gather additional information. A great majority of men who are attracted to you will display the same behaviors sooner or later, so statistically, you have a great chance of getting it right based on just a few common signs he loves you more than a friend. In fact, if you notice all three of the following signs, you can be quite certain that a man would like to date you and just doesn’t know how to tell you yet.

He can’t take his eyes off of you

Let’s be realistic – a guy who is constantly checking you out is probably not looking for an innocent friendship. If you catch his eyes lingering on your body much longer than is necessary, there is probably just one good explanation. While this is one of the very clear signs he wants more than friendship, it doesn’t tell you very much about his mindset, so you don’t know whether you are dealing with a serial seducer or a guy who is simply stunned by your beauty. That’s why this sign should never be interpreted in isolation but rather used as the first checkbox that requires additional confirmation. Also, keep following whether this behavior continues for a long time or happens just once – this may be a difference between a guy with a passing interest and someone who is truly in love with you.

He is constantly finding excuses to stay alone with you

In the early stages of courtship, men are sometimes too scared to invite you on a formal date and instead try to spend time alone with you whenever they can. There is a clear line between friendly companionship and attempts at privacy, and you can differentiate between the two if you think about the social context and motivation. When there is no reasonable explanation for his insistence to keep you company, you may conclude this is one of the subtle hints that a guy likes you. It’s also important how he acts when you do stay alone, since this is the perfect opportunity to see whether he is trying to impress you and feel out your response, or he just genuinely enjoys hanging out with you and doesn’t think anything beyond that.

He wants to know all the boring things about you

When a guy starts asking questions about mundane things that even your best friends are generally disinterested in, there might be something cooking under the surface. If you want to know does my friend likes me more than a friend, the type of inquiries he makes will give you plenty of material to work with. Guys don’t usually dig very deep with people they just met unless they have an agenda that involves emotional closeness. This can often be one of the signs a shy guy likes you more than a friend and cares about you enough to study your life, but he doesn’t currently know how to take things to another level. By choosing whether to answer those questions or not, you can send a strong signal about your feelings about him and drive the interaction in a direction you are most comfortable with. Be aware that if you start asking similar questions back, that might be interpreted as open flirting.

Some signs your guy friend likes you more than a friend 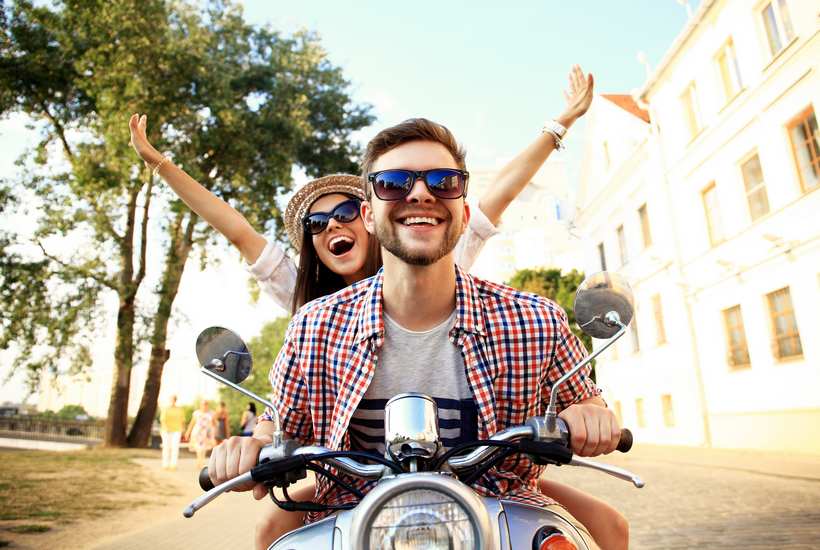 Many girls are pretty naïve when it comes to men and take their words for granted, which can sometimes be a serious mistake with painful consequences. Some guys won’t reveal their true intentions when they just meet you for various reasons, and being able to see beneath the surface is crucial. Instead of wondering ‘does my guy want more’ for weeks, women would be wise to conduct their little investigation and come up with a conclusion based on facts much faster. The signs are typically hiding in plain sight, but they can be easy to miss if you are not actively searching for them and take all of his words at face value. Eventually, this situation might come to a head and force you to ask the question ‘is he just a friend or something more?’, so every little piece of information that you pick up along the way could be extremely useful. Girls need to understand that this analysis can be done completely, and there is no need to stress or lose sleep about it.

Why is it so important to know does he like me more than a friend does?

As we previously mentioned, relationships between guys and girls can go in two radically different directions depending on the presence or absence of mutual physical attraction. Mixed friendships are definitely possible and can, in fact, be very stable, but only if the relationship is completely platonic by willing agreement. In case the guy is attracted to you, he can never be fully happy by staying in the ‘friend zone’ and will always feel some resentment and frustration. For this reason alone, any girl should be on the lookout for signs he wants more than a friendship and react accordingly when she spots them. In some cases, the woman may be open to an expanded relationship if she is absolutely certain that the feeling is reciprocated, so it’s very advantageous to her to quietly test the waters before making a move. Clearing up the air is inevitable at some point, so you might as well be prepared for this moment and have a plan of action ready. To do that, first, you need to recognize signs he secretly likes you more than a friend before they become apparent.

Understanding men’s intentions are not really rocket science, but it does require you to analyze some non-obvious facts objectively and with a cool head. Since most guys initially want to hide they are attracted to someone until they can think of the right approach, women are forced to play detectives and patch together a collection of clues that reveals the ultimate answer. For a smart girl who is wondering, ‘does he like me more than a friend,’ signs that provide good insight are literally everywhere – on his face, in his every sentence, in the patterns of behavior when you are around… Of course, viewing things with a critical mind is the necessary requirement for successful analysis of this kind, and you can’t just pick facts that support your preferred theory. You need to notice as many subtle signs he likes you as you can, even those that seem contrary to what you believe, so that you can test multiple theories and finally arrive at an accurate conclusion.

Quite often, men are actually trying to signal their interest in a discreet way, and all you need to do to get the message is listen. This may be confusing at first, but once you learn how guys drop hints that they like you, it won’t be too hard to decode their intentions from various details you observe while you are in their company or communicating with them remotely. Some guys are too embarrassed to openly admit something of this nature, but they are not able to hide their true feelings in front of a girl. There are countless other scenarios, and you don’t have to know exactly how the guy is motivated for as long as you are able to tell whether his goal is friendship or romance. The key is being able to make a distinction fairly quickly so that you don’t invest the wrong kind of emotional energy into the relationship and risk being hurt. Beware of jumping to conclusions, though – things are not always what they seem to be, and it’s wise to wait for confirmation before doing anything you can’t take back later. 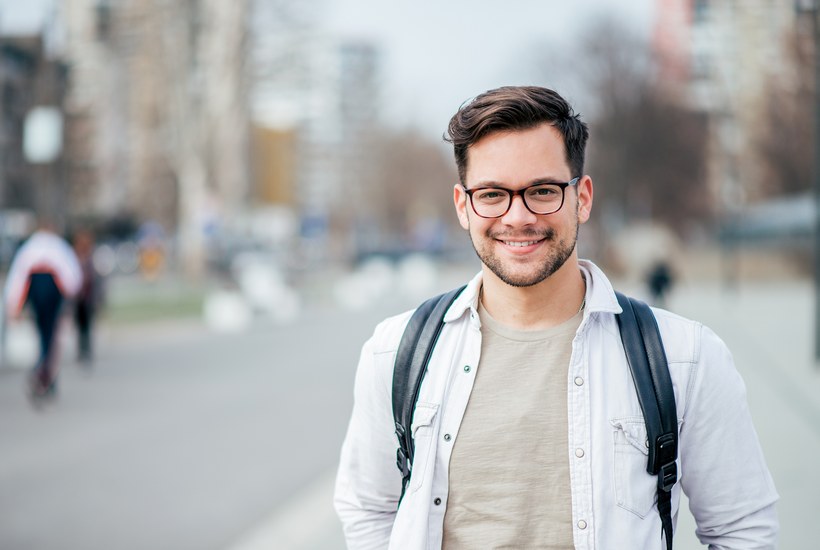 The Opposite of Alpha Male 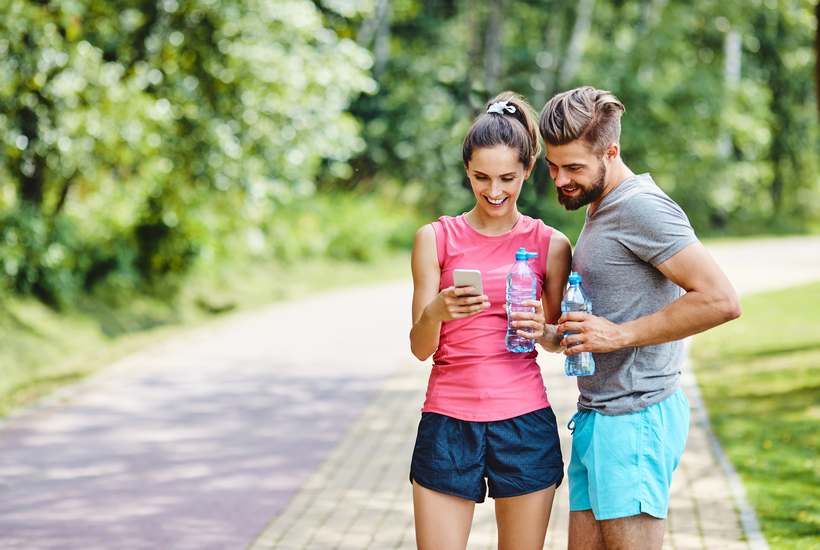 What Makes a Relationship Great