How Long Does the Honeymoon Phase Last in a Relationship?

One of the most delightful periods on the onset of a dating relationship is the honeymoon phase. It is the period that creates memories for a couple! In most cases, people in great relationships founded their love's strong roots in this dating stage. The time a honeymoon phase lasts depends on a couple. It could be months or years. However, most last between six months to two years. The end could mean the success or failure of a relationship.

The honeymoon phase comes with unlimited excitement, especially when one comes into contact with a partner. It is expressed through smiles, happiness, racing heart, cheek flush and general delight.

When a dating relationship is in the honeymoon phase, the couple will feel sexually aroused, especially when close. At this moment, the two persons will start teasing each other, touch each other, hold hands when walking around, and even kiss. It's usually an excellent feeling that they don't want to end. When these feelings arise during the dating process, the couple wants to let the world know of the feelings they have for each other.

During the honeymoon phase in dating, a couple fails to recognize each other's mistakes. Besides, should they notice them, willingness to forgive comes without holding back. Love in its first stages sees no sins, and it's all a happy moment. Additionally, during this dating stage, partners will make uncountable sacrifices to keep their relationship going.

The fullness of love conjured by people in love is always driven by emotions the couple is developing. During the honeymoon phase, individuals in dating will appreciate each other's differences. In fact, in most cases, a dating couple in the honeymoon phase believes their differences make them better. Therefore, the emotional development between them occurs faster.

It is obvious that no relationship can exist, no matter the stage of dating for a couple. However, when in the honeymoon phase, you learn and are more committed to resolving the difference while caring not to hurt the other partner. That means each person in the relationship is willing to express their true feelings about something while at the same time respecting their partner. When this happens, in your honeymoon phase, you and your partner feel free to discuss things that could ruin the relationship.

When Does the Honeymoon Phase End for People in Dating 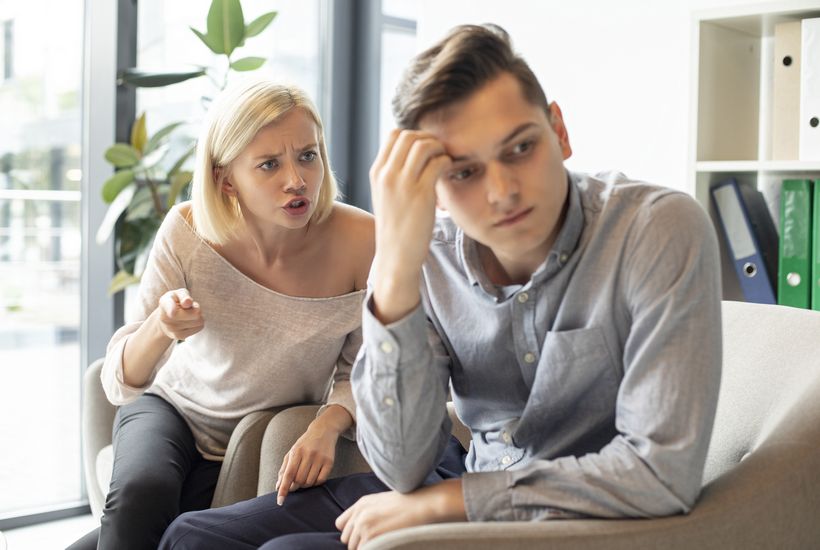 Staying too long with a partner leads to knowing them more and understanding their goals and interests. Besides, being together always will start normalizing the feelings you have towards each other, thus bringing changes into the relationship. Here are some of the things that indicate the coming to an end of the honeymoon phase during the dating process.

Beginning of a Comfortable Routine

As the honeymoon phase is fading, the life of people in dating is fusing. The couple feels relaxed and happy towards each other.

When a honeymoon phase is over during the dating period, couples tend to disagree more. However, it is important to note that the change of behavior does not occur from disagreements. In most cases, people ignore small mistakes in the honeymoon phase, which begin to fade towards the end of this stage.

There Are No More Butterflies

One of the things that keeps a relationship going during the honeymoon phase is the anxiety one has towards a crush. However, this changes when one becomes more familiar with a partner and is no longer nervous in their presence. That also means idolizing the person is gone, and now you view each other as people in love who will always be there for each other.

During the honeymoon phase, people try to hide their weaknesses, coming out as strong to handle any difficulties. However, when this stage of dating is about to end, that changes. Couples begin to show their areas of weaknesses, especially those that hurt them. Telling this truth happens as they believe and feeling is that their partner will love them regardless of their flows. You could likely find your partner upset by little things or crying whenever they feel so offended by you at this point of dating.

Partners Interact Freely with Each Other's Partners and Friends

During most of the honeymoon phase of dating, people in a dating relationship want to keep their affection a secret. That is meant to ensure they first understand each other well and become comfortable together. As the honeymoon phase draws near its end that changes drastically. It becomes easier for the couple to become more open about their affair with friends and family. Besides, they also make an effort towards ensuring their partners are respected within their other social circles.

Towards the end of the honeymoon phase, people in love with each other have reached a new maturity level in love. At this point, speaking their mind to partners does seem as hard as it was during the beginning of the dating process. Further, the trust level between the couple has increased. Whether it is admitted or not, there is a high level of insecurity or mistrust during the honeymoon phase. A small miscalculation during this period could be misconstrued as betrayal or lack of interest. However, by the time the period ends, partners in the relationship are already aware that they love each other enough to be distracted by other friendships.

Spend More Time with Other People

After the honeymoon phase is over, people in a dating relationship tend to create more time for other friends. Though they still spend time with their partners, it does not exclude other people as it was before. That means they have time to invest much more in other social relationships. As such, the couple can balance their relationship with other normal life activities.

At the beginning of dating, relationship lust seems more than love, especially in the honeymoon phase. However, as this period is coming to an end, the opposite starts to happen. The lustful feelings start to subsidize while loving blossoms. That means emotional attachment becomes bigger than the physical connection.

During the honeymoon phase, most couples in dating take time in foreplay during sex. However, as the stage ends, this seems to change for most couples. Nevertheless, it is not necessarily so if the couple commits and pushes on with it. The changes could be connected to the fact that the couple is becoming used to each other.

What Comes after the Honeymoon Phase Is Over? 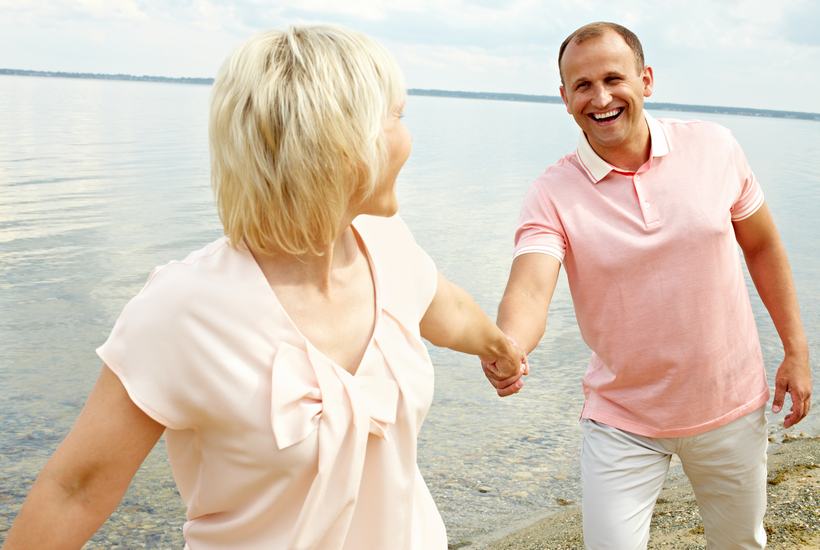 In all romantic relationships, the honeymoon phase will end, but love can live longer. The stage is usually the excitement stage in every dating experience. However, excitements are not meant to last forever, and they naturally come to an end giving reality a chance to exist. When this period comes to an end, the couple has learned about each other, whether consciously or unconsciously, that keeps them going. Here are some things that happen when the honeymoon phase in a dating relationship expires.

You Learn to Tolerate Each Other

When the honeymoon phase comes to an end, you are past the 'everything is fun' moment. At this time, you are seeing the flaws in your partner but must learn to live with them. That means there is no more overlooking of things you don't like. Again, your partner will understand when you don't like something.

There Is More Support than Impressing

During the honeymoon phase, the goal is to impress the other partner. As such, people in dating tend to make extra sacrifices to be the best they are. When this dating phase expires, the couple is more committed to offering support to each other than impressing. That means the sooner one identifies the other's challenge, the better so that they can help move on together.

There Is an Assurance on the Direction the Relationship Is Heading

The honeymoon phase is the first step during the dating process. By the time it comes to an end, a couple can tell whether the relationship will survive or not. In case the relationship survives to this point, then the couple tends to become more serious about things in the future. There will likely be more interest in discussing their future together and aligning personal interests to relationship goals.

The Sharing of Personal Lives Increases

After the honeymoon phase, people in dating are when they know each other at a personal level. As such, they have trust between themselves and are casual enough to share personal information. Therefore, it is more likely that the couple will begin sharing personal information, particularly on things that do not touch on their relationship but individual lives. It goes to the extent of seeking advice from each other.

After the honeymoon phase elapses, there is no more pressure to prove their worth to a partner. The couple gets into the real mode and can discuss or act on things without having to hide or feeling ashamed. That brings relaxation after a period to which they were trying so much to catch their partner's attention. The comfort acquired after this dating stage is vital as it cements the relationship, further bringing the couple together for who they are and not trying to prove it.

You Make Jokes about Each Other

Although jokes could start during the honeymoon phase, they become deeper after this dating stage. The partners understand their unique ways of making fun so that they won't feel offended or awkward. That makes life between the two more interesting and lovely, which is remarkable in fomenting the relationship.

You Know the Love Is Real

By the time you're past the honeymoon phase, you already know that you love each other. The feeling spices up the relationship further. As a couple, you want to do things that depict and show your love together at this dating stage. Although you do not go out so often, you choose special days to go out with each other and spend time together. Additionally, a couple in this dating stage will increase their communication to express how they feel about each other.

It Is Time for Reality Checks

Now that you're past the honeymoon phase as a couple, it is time to check on what you need to change to accommodate each other. Having come from excessive affection, facing this reality could be a challenge but achievable with each person's full commitment. 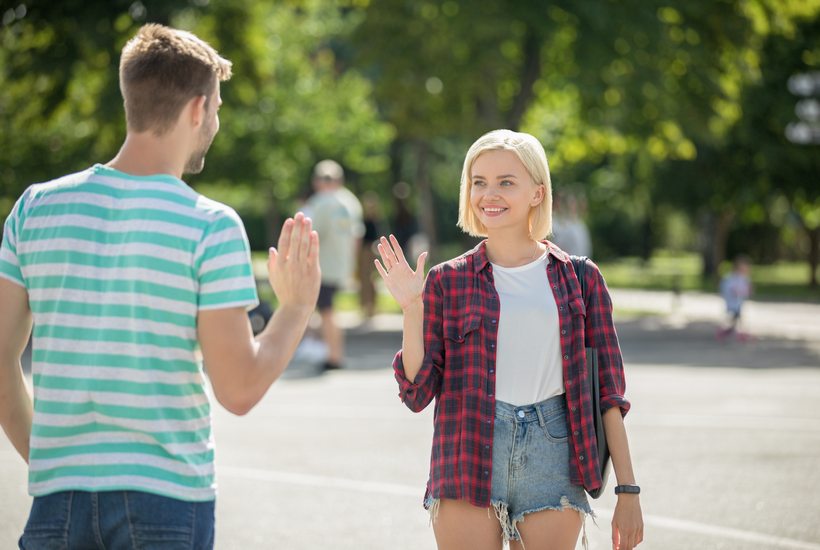 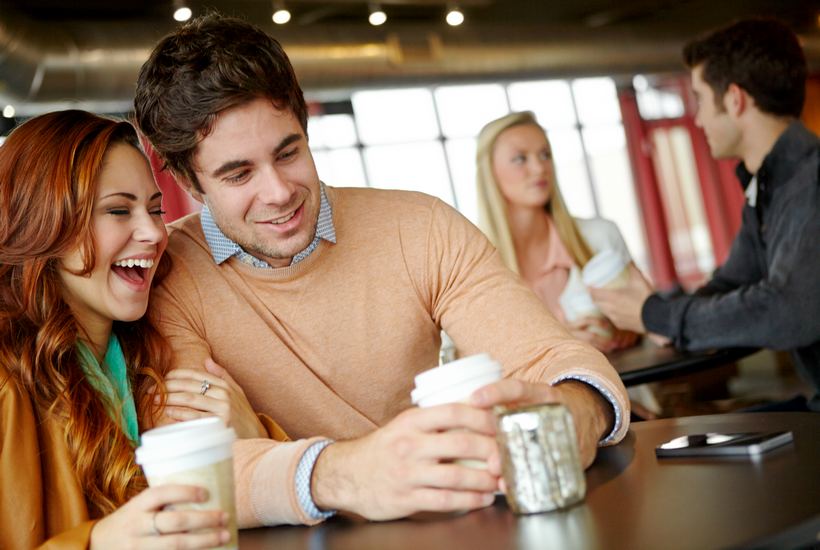 Jokes To Tell Your Boyfriend 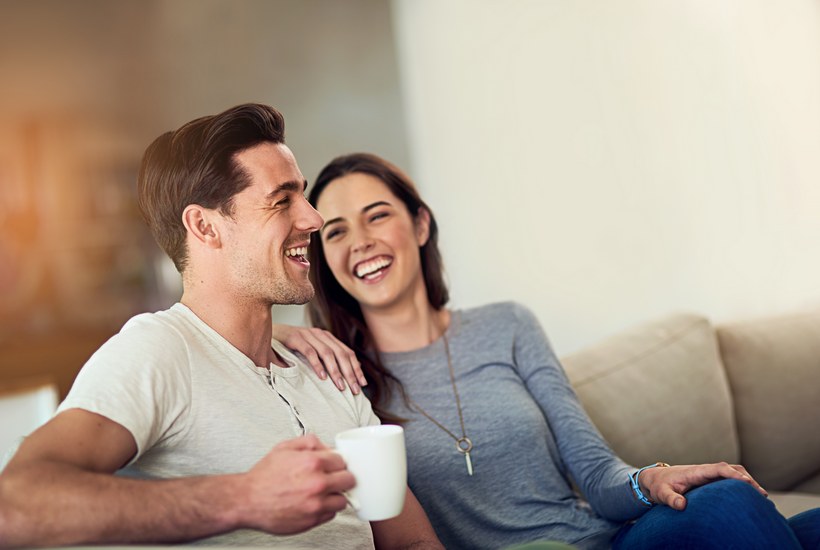 Funny Things To Say To A Girl