How to clearly recognize signs a guy loves you

It’s only natural to look for signs a guy loves you deeply whenever you are in a relationship. Women want to feel secure and constantly seek confirmation and validation of their emotions, so some of them get quite worried if they are not constantly reassured by their boyfriends. On the other hand, men sometimes prefer to show their affection through action rather than words, potentially leading to a misunderstanding. The solution is for the girl to be attentive and be on the lookout for things he says when he is in love so that she can accurately assess the situation. That’s why every woman should invest some time and energy to learn signs that a guy loves you deeply rather than be forced to guess and fear losing the relationship without warning. Fortunately, you don’t have to read minds to have an answer to this question – it’s enough simply to analyze what your boyfriend says and does when you are spending time together. 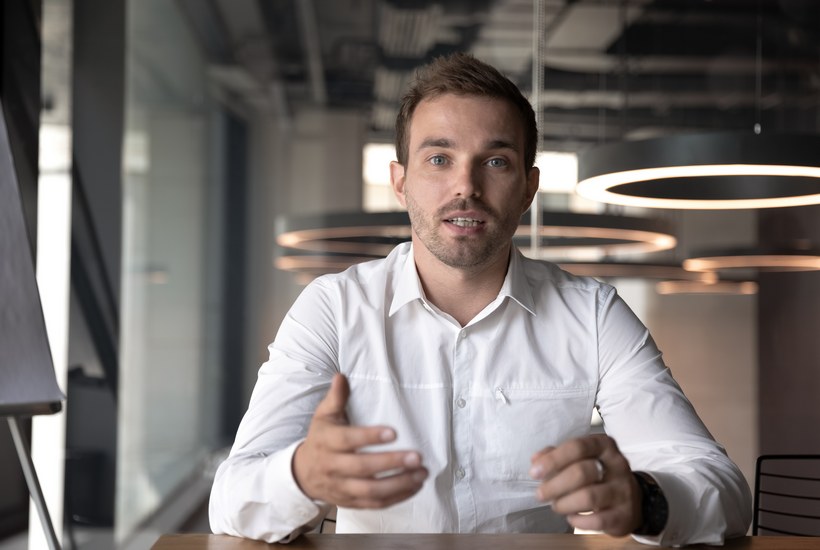 If you listen carefully to a guy while he is communicating with you, many signs that he actually loves you can be noticed. Men use a different kind of language when they address someone they deeply care about, and their vocabulary and expressive style will be significantly altered. By focusing on such details, a woman can secretly get a reliable confirmation that her emotions are returned. Of course, it takes some knowledge of signs he is seriously in love with you to catch those subtle messages that are often totally unconscious. Here is a list of things to pay attention to when a guy says he loves you:

He is frequently mentioning your name

People who are deeply committed to someone just adore pronouncing the name of the beloved person. They tend to do it even in situations where it’s clear whom they are addressing, and saying the name is not really necessary. If this happens often, he might really love you.

He is using sweet language

While it’s a bit of a cliché to say cute and romantic things to a girl, many guys do this when they feel something special. Of course, the trick is how to know he means ‘I love you’ and doesn’t just say that because it’s expected.

He asks for approval before doing something

This is a true sign that a guy is taking the relationship seriously. If he is willing to surrender a piece of his independence and accept that you have a say in his activities, chances are he really appreciates your presence and wants to work hard to keep you around.

He calls you by a unique nickname

Most couples have cute nicknames for each other, but some men are embarrassed by them and rarely use them. Guys who don’t mind calling you by this silly romantic name are usually the ones that can be trusted to stay with you when things take a turn for the worse.

He frequently refers to your private conversations

The closeness between two people is built by shared ideas and stories, and willingness to quote an earlier conversation is one the most reliable signs he genuinely loves you. That’s especially true if he refers to very personal details or important agreements you made in the past. 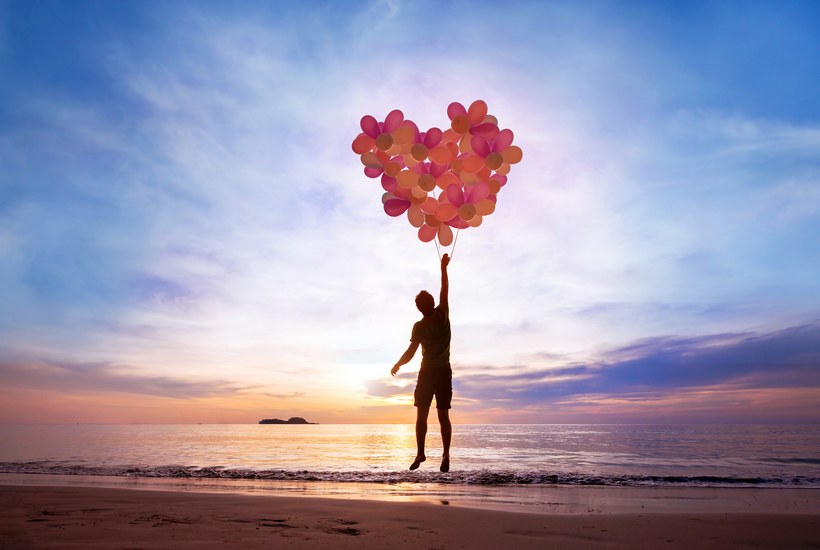 He compliments your looks and your actions

Most guys you go out with will mention your looks in one form or another, but only those who truly want to see you happy will encourage your professional or private engagements. For a woman to be truly loved, it’s just necessary for her man to acknowledge her worth.

He asks you about your feelings regularly

Men famously prefer to talk about themselves most of the time, so those that put you in the center of attention definitely stand out from the crowd. A guy who is seriously in love will make an effort to inquire about your feelings and ensure you are OK at all times.

This one is a bit controversial since secrecy can be motivated by many different things. However, guys who too frequently mention their past relationships might not be totally committed to the one they are in at the moment, so this can be a bad sign.

He tells you about his childhood and family

Some people don’t open up easily, but even the least trustful ones tend to talk about their past to a person they truly love. If you are unsure how to tell if ur boyfriend loves you, this may be the quickest and the most accurate way to find out.

He sounds different when he talks to you

The voice of a man obsessed with love literally sounds different when he addresses his only muse. You need to know the guy pretty well to notice this barely perceptible cadence, but once you detect this change, you will always be able to tell when he is overcome with emotion.

15 signs he loves you that are not obvious to everyone

Conversations with your boyfriend or husband are not the only source of information about his true emotions you can draw from. A wide array of actions clearly indicate where his heart is at, although most of those don’t seem like a big deal individually. However, if your man displays several of the signs he loves you so much that he can’t hide it, you can rest assured that your relationship is on steady grounds. Here are some indicators that a guy is seriously committed to you that are easy to miss if you are not familiar with someone’s typical manner of behavior.

He texts you all the time

This is probably the first thing you should look into. For couples that share a really tight bond, it’s normal to exchange messages through various mobile apps about all kinds of things, no matter how trivial. Guys that refuse to play this way might be looking for a way to get out.

He uses your name for passwords

Computer passwords are very personal, so if a guy lets you know that he based one of his login credentials on your name or birthday, you should feel pretty special. Of course, you also need to resist the urge to abuse this knowledge to access his mail account when he is not looking.

He presented you to all his friends

One of the most unmistakable true love signs he loves you is his readiness to introduce you to his inner circle of friends, male or female. This clearly means he is proud of you, and he wants to turn his close people into shared friends, signaling that he is in it for the long run.

He started listening to your favorite band

If you catch a man checking out your favorite music on YouTube or hear him asking about the year of release of your top song, this could be interpreted as one of the signs your boyfriend truly loves you. Music taste is directly tied to emotions, so he opens up for you in a big way.

He wants to watch your favorite films

His evolving interest in movies that you like is another sign that he respects your intellect as well as your artistic side. Watching movies together can be very romantic, so you are lucky if you have a boyfriend that openly roots for your favorites all the time.

He wants to meet your mother

This used to be the classic litmus test to determine whether a guy is serious. Because of that, this sign is quite easy to fake in order to impress a girl. You need to ascertain that his wish is authentic before you can interpret it as proof of undying love.

He knows your phone number by heart

In the age of smartphones, anyone who actually memorizes your phone number clearly has something deeper in mind and cares about you enough to make an effort. That kind of person can also be trusted to remember some important things that you tell him confidentially.

He loves being seen with you in public

If you are wondering how to tell a boy who really loves you, pay attention to how he treats you in front of others. Men who truly love their partners are more than happy to show up with them in public as a couple, clearly acknowledging where their loyalties are.

He rarely goes out without inviting you

Cheating boyfriends are constantly trying to find reasons not to invite you to parties and other places. Contrary, men who are happy in their current relationship prefer to go out in the company of their better half. Be mindful when evaluating this sign – even the most faithful men can play with friends once in a while.

He always wears the T-shirt you gave him

When a guy loves your present so much that he keeps using it all the time, it’s a pretty strong sign that he is crazy about you. To test this theory, you can get him a funny T-shirt or strange hat and see whether he enjoys wearing them.

He never forgets your birthday

You’d be surprised to know how often boyfriends and husbands forget key dates, such as birthdays or anniversaries. While males generally pay less attention to such stuff, those who are emotionally close with their girlfriends tend to do much better in this regard.

He posts your pictures on social media

Social media activity can provide you with signs your boyfriend really loves you. If he doesn’t hide the relationship and often shares photos where you are together, you have reasons to believe that he honestly wants to stay with you for a long time.

He likes to walk your dog

True, some guys may simply love animals, but even they would think twice about walking someone else’s dog. That changes in case the dog owner is a woman whose affections the guy absolutely craves. Besides, dogs are great judges of character, and you can trust them to read a guy every time.

He is teaching you to play his favorite video game

Considering how much time most men spend playing games, sharing even a part of this ritual with a girlfriend represents a big commitment. Boyfriends who teach their girls how to play along are clearly surrendering a piece of their private space voluntarily.

He carries a memento from you at all times

A man who is always touching an item that reminds him of you is probably not thinking about leaving you. That’s why seeing this is a stronger confirmation of his feelings than when he says he likes something about you. The memento doesn’t have to be pretty or valuable in itself – it’s enough that it came from you. 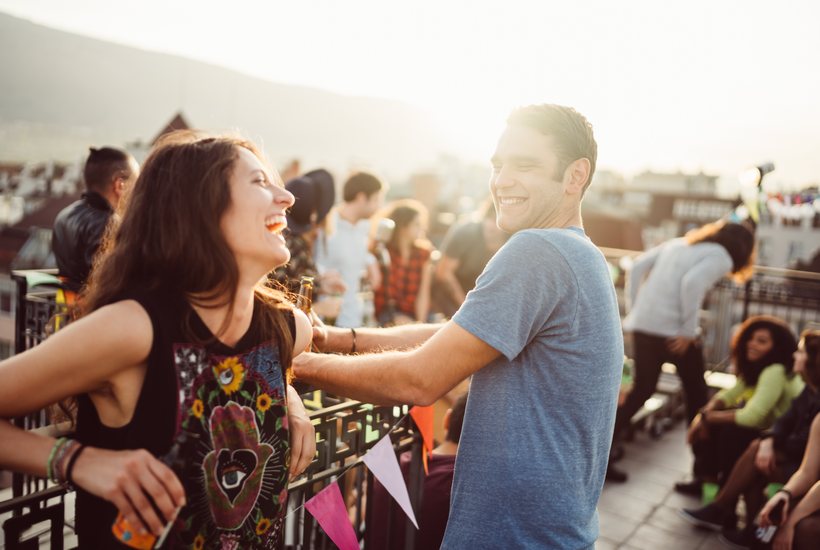 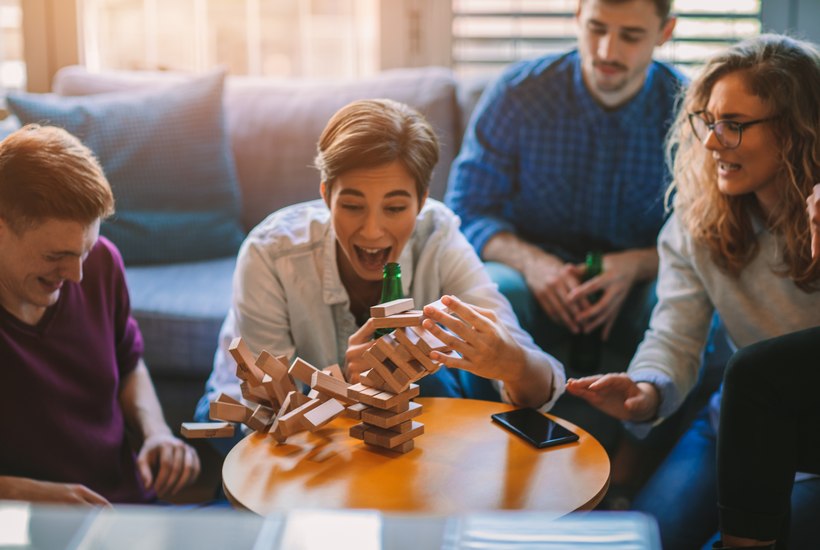 Fun Games To Play When Your Bored

Sweet Things To Do For Your Girlfriend